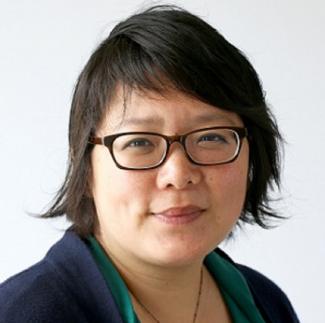 10 Powerful Women of the Mindfulness Movement

For Helen Weng, her work as a neuroscientist, her lived experience as the child of Taiwanese immigrants, and her mindfulness practice are inseparable. Weng has spent the last 14 years investigating the neurobiological mechanisms of mindfulness meditation. What she’s observed as a racialized person in mindfulness circles has made her want to do things differently—and help to change the conversation for other minorities who meditate.

Weng learned how to use her own mindfulness practice to navigate the dynamics she observed in academia. “Every time I have to assert my own voice, the white people around me are very surprised, there’s a lot of resistance, or they make assumptions that my work is owed to them. I had to learn how to keep my presence of mind when someone is arguing with me in front of a big group just to establish social dominance.” Weng also made it part of her practice to be more vocal more often, so that others who were racialized wouldn’t feel so isolated. “It’s easy to internalize for minorities that there’s something wrong with them. I thought I couldn’t trust my own voice because people were always arguing against me.”

And Weng acknowledges her own privilege and its accompanying fragility, in her work as a clinical psychologist with transgender clients. “Gender norms are so deeply socialized,” she says, “I had to do my own personal work around some issues, and used compassion and mindfulness to help me. It was uncomfortable. Realizing where you have privilege and breaking down your ego, it can feel uncomfortable and dysregulating. It’s not the job of minorities to help you navigate your fragility. Often the minority person will say things to help the majority person feel better, to ease their fragility. That dynamic is even more harming.”

Weng’s personal mindfulness practice allowed her to approach the issue of fragility in a couple of ways. One, she names and describes fragility, for those who may be unsure about the term. “When I feel my own fragility getting activated I feel like I’m going to throw up, and like I’m falling down. When you connect it to what it feels like, people get it and recognize it for themselves.”  She says when people don’t recognize that what they’re feeling is their fragility, their impulse is to reset the power dynamic. “I’m the one in charge, is what the ego is saying—usually not consciously—I’m uncomfortable because I’m supposed to be in charge, so I’m going to reset the power dynamic.”

“Trust your body and psyche more and more and that’s how you’ll gain your power. It’s a process of un-brainwashing yourself.”

Weng’s other approach is to bring minority and marginalized communities into her research projects. She says not only are scientists largely homogenously white men, so are their study participants. Weng approached the East Bay Meditation Center in Oakland, CA, which offers mindfulness practices to people of color, queer people, people with disabilities and more. They collaborated on designing studies that are culturally sensitive to people from different groups. “Once you make procedures more sensitive for diverse people it actually makes it more sensitive for everyone,” Weng says. “So I’ll use these procedures as my baseline now.”

Weng knows her diversity initiatives are good not only for the communities they serve, but also for herself. “If you actually embrace the fragility and discomfort, it enriches everything. My work is enriched, and I’m enriched as a person. There’s so much more spaciousness and openness and connection at the end.”

Finally, Weng says, she’s learned to make mindfulness practices her own. “It’s trial and error to find what works for you, but listen deeply to your body to see what gives you more vitality and makes you more connected to yourself and others, and feel free to adapt or change anything. I love music, so I listen to music while I’m more present with myself. Some would tell me that’s not meditation, but they’re wrong. Trust your body and psyche more and more and that’s how you’ll gain your power. It’s a process of un-brainwashing yourself.”